Here’s a great topic: surrender. This may be something you’ve heard before in one of your spiritual circles. It could be advice you’ve gotten from one of your yogic friends. Maybe you saw it as a quote on Instagram with a picture of a beautiful woman in a flowing dress, smiling radiantly with her arms spread out towards the sunny sky while standing in a green meadow with a dazzling array of wildflowers shedding colors everywhere…”Surrender!” So easy, right? No, not at all!

First off, let’s hone in on the “cease resistance to” aspect of this definition. Ceasing resistance means letting go of struggling, of fighting. But this is not easy for some of us who have always believed that, if what I’m struggling for or fighting to get isn’t working, that means I need to fight harder! In the past, when I was working myself to the bone trying to achieve a certain goal and it wasn’t going the way I was sure it was supposed to, my way of handling it was that of frustration, self-criticism, and then doubling down my efforts. Yes: exhausting and ultimately self-defeating! But, if some well-intentioned soul were to suggest there might be a better way of handling a situation (my poor Mom!), I became absolutely indignant with the idea of giving up! I mean, c’mon, I’m no quitter!

But surrender does not mean giving up, losing power, or submission. In terms of yogic philosophy, true surrender can shift the platform of your life and bring about real-life breakthroughs. True surrender is never to a person or external situation, but instead to the higher, deeper will of Life Force (God, Buddha, the Universe, etc) itself. When we surrender to Reality, to the way in which life is showing up for us, we release our resistance to it. We stop trying to control, manipulate, and dictate a particular outcome.

Rather than embodying a stressed-out person trying to force the world to be different, we can become surrendered activists: a person who does their best to create a better reality while being surrendered to the outcome. The funny thing is, when we surrender our attachment to a particular outcome, things often turn out better than we could have imagined! And, letting go of all that resistance is the best antidote to stress, fear, and anxiety. 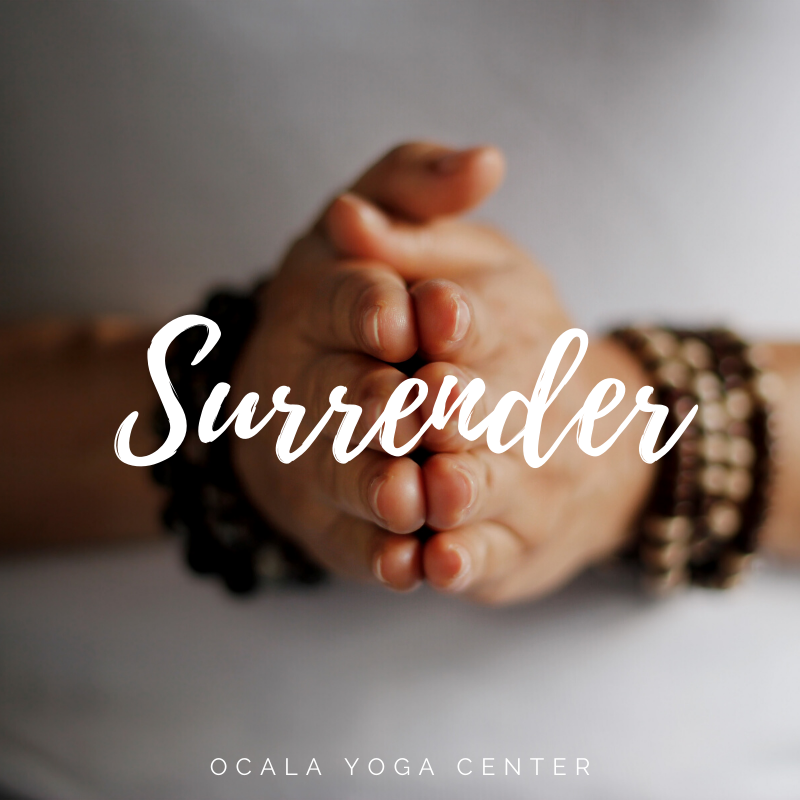 We would love to stay in touch and provide you with all of our latest updates, posts, events and free resources!