Jean Bosco Institute and Chem Chem Center completed the renovation of outdated water systems, which wasted energy and had insufficient quantities of water. At Kansebula, the project consisted of erecting a high water tower and two 2,liter water tanks in connection to the existing water system. This project improved water management and protected the water pump in use. At Chem Chem, the project upgraded the existing water system to allow proper quantities of clean water for students.

This was accomplished by deepening the existing well, erecting a high water tower and installing two 2,liter water tanks. The project sought funds to drill a motorized well, build supports for plastic tanks and install a solar-powered immersion pump. With the project complete, young women and children will no longer have to travel far distances in search of clean water. In Uvira, within South Kivu province, young children and older youth are given an opportunity to go to school.

Many of these young students are former child soldiers, street children, children accused of witchcraft, abused women and single mothers who have had their rights violated and been denied a chance to gain an education—leaving them particularly vulnerable to violence and exploitation. The educational project serves 30 young children and 40 older youth.

The school program includes a daily meal for each student as well as sports that are offered twice a week. Salesian missionaries also teach job skills at the Professional Technical Institute in Tshikapa in the district of Kasai, a few miles from the border of Angola. Youth have access to technical training that allows them to advance their studies in professional fields and learn the skills necessary to find and retain employment.

The institute is the first and only technical school in the city. Children in the country are extremely vulnerable because of the civil war and violence.

Built on the grounds of a school and sports field, the center has grown to provide vocational training, refugee housing, rehabilitation for child soldiers and programs for those needing nutritional and medical care. The center also provides aid and services to the many refugee camps that exist in the areas surrounding Goma. Refugees, orphans, abandoned children and victims of disaster are among the school students who rely on the center. Salesian missionaries in Mont Ngafula have launched a new project to help women of the parish start small agricultural activities that generate income.

The small town of Mont Ngafula is isolated because there is no roadway that connects it to the city. This causes some of the economic challenges. There is also a lack of water and electricity and few jobs for the residents. Families have difficulty meeting their basic needs in the community due to its many challenges. All of these farming activities contribute to the sustenance of families.

Empowered by this experience, the women have set the goal of achieving food self-sufficiency through the cultivation of vegetables that, once the gardens are fully operational, can be sold to the market. Within a year, the goal is for 80 percent of participants to be able to benefit from a supply of seeds and tools to renew cultivation in their own gardens.

Then, after the harvest, they will be able to reimburse Salesian missionaries for the loan of the means of production, delivering to them 20 percent of the vegetables to feed orphans who are guests of the Maison Papy community, another structure within the mission. Since July , the Don Bosco Center has helped create 20 groups of women, mostly mothers. After a few weeks, the group members can apply for credit and receive up to 10, CF to help in situations of necessity such as the birth of a child, an illness or a death in the family.

The Don Bosco Center has selected mothers and a few fathers within these groups to receive a small financial contribution from the organization. This will allow them to start an income-generating activity and work on becoming self-sufficient. The candidates selected are all in serious need of additional assistance. Salesian-run sports programs teach youth both on and off the field. Learning and playing team sports encourages leadership skills as well as teaches youth to work as part of a team.

Students also learn important social skills and have opportunities for growth and maturity. In Goma, a youth soccer league is free open to young athletes at all levels. The province has diamonds and gold, but there is no industrial mining.


Infrastructure and electricity supplies are inadequate. Kananga is the birthplace of Etienne Tshisekedi , the historic leader of the Union for Democracy and Social Progress UDPS opposition party, and, until his death on 1 February , the head of the Rassemblement opposition coalition. When President Kabila was declared the winner of the deeply flawed polls, the feeling that the national vote had been stolen by the regime was particularly strong in the area, where Kabila remains very unpopular. Current Prime Minister Samy Badibanga, originally from Kasai-Central, led the dissident UDPS parliamentarians who in took up their seats in defiance of the party line boycotting the parliament.

They were consequently expelled from the party. The UDPS boycotted the elections none have been held since at provincial level and is therefore absent from the provincial parliaments and governments, all dominated by the ruling majority. Despite the Kasai provinces being home to numerous other senior political figures, including Evariste Boshab, former interior minister and deputy prime minister, many locals are unhappy that no Kasaian has ever led the country.

It took a fairly commonplace local problem, the politicisation of the installation of a hereditary chief, Kamuina Nsapu, to ignite a cocktail of frustrations. With feelings against the government already running high, the chief managed to mobilise followers and to gain support for his anti-government cause. Kamuina Nsapu is the hereditary title for the chief of Bajila Kasanga, or Bashila, a groupement containing several villages in Dibataie sector, Kasai-Central province, approximately 70km south east of Kananga.

Since colonial times, the Bajila Kasanga chieftancy has spread and established several other groupements in the region, extending into Angola.

The African Stakes of the Congo War | SpringerLink

In the DRC, traditional chiefs are integral to public administration, receiving a salary and managing villages. They have a role in the control of land and may perform an important spiritual function.

Chiefs are appointed according to local traditions, and then recognised by the state. In principle, the chief is apolitical, but, to be recognised and maintain his position and authority, he is often pressured to align with the regime. Politicians and officials have also increasingly challenged traditional authorities by creating, and even selling, new chiefdoms. Tensions between state and traditional authority triggered the current conflict. In , the state refused to recognise the traditional appointment of Jean-Pierre Mpandi as Kamuina Nsapu, and the provincial governor reportedly refused to meet him.

This was considered an insult, and put the chief and the state authorities on a collision course, further aggravated by the state recognition of lower-ranked Bashila leaders. Subsequently, Mpandi criticised the regime in a nationalist diatribe using xenophobic language, decrying the presence of foreign mercenaries and what he called a government of occupation.

Like many radical critics of the regime, he focused on its supposed Rwandan origin. According to local observers, the decision not to recognise Mpandi as chief was prompted by the then Interior Minister Evariste Boshab, because Mpandi was considered close to the opposition and refused to support the presidential majority. In January , the new Interior Minister Emmanuel Ramazani Shadari stated that Mpandi had taken radical anti-government political positions as far back as In April , while Mpandi was in South Africa, provincial authorities dispatched security services to the chiefdom to check for weapons.

Mpandi later accused the authorities of entering sacred places, stealing traditional regalia and attempting to molest one of his wives. He accused the security forces of harassing the population and evicted them from the area. The chief increasingly considered the state and all its representatives, including the Independent National Electoral Commission CENI , to be his enemies and incited his followers to rise up against them.

After months of escalation, Mpandi, some of his followers and several members of the security forces were killed on 12 August Several of his supporters do not believe Mpandi died. Since early December, Kamuina Nsapu militia attacks on state institutions have intensified, including in Kananga and Tshikapa, the capital of Kasai province, and violence has expanded to Kasai, Kasai Oriental and Lomami provinces.

In several Crisis Group interviews in Kananga, local observers said many young men and boys, some as young as five, had been conscripted or joined the militia. Its members wear red headbands or armbands, and like the Mai Mai groups operating in eastern DRC they undergo rituals and carry amulets that are believed to bring invulnerability. Some have guns, likely looted from the security forces. The government and several local observers claim some politicians support the insurgency. With no identifiable leaders, their demands are hard to verify.

However, when self-proclaimed spokespersons for the group appeared in local media in late February, the demands became national , including a call for the quick implementation of the 31 December agreement. This appears to reflect wider popular frustrations as the Kabila regime hangs onto power.

The Kamuina Nsapu insurgency has become a symbol of widespread dissatisfaction of both the Kasai urban and rural populations. The defence of traditional customs and practices found particular resonance among the public and other traditional chiefs.

Optimism that a new UDPS-led government could calm the situation took a blow with the death of opposition leader Tshisekedi last month. Recently, in a further alarming twist, insurgents have also targeted Catholic institutions, for unclear reasons. The government has created a new military zone covering Kasai, Kasai-Central and Kasai-Oriental provinces. Numerous army reinforcements have been deployed and Kananga is increasingly militarised.

Poorly paid, badly led and trained, members of the Congolese security services are often accused of using disproportionate force , which the government denies.

In December , MONUSCO sent military reinforcements to the area, followed by human rights observers, and in March published a strongly worded statement denouncing the restrictions imposed by the security forces on its freedom of movement. Following recent evidence of abuses by the Congolese armed forces and reports on the discovery of mass graves , the UN High Commissioner for Human Rights called for an investigation.

In late February, responding to the mounting international pressure, the government dispatched a mission to investigate events and in mid-March announced the arrest of seven members of the armed forces, including several officers. The political response was late and ineffective. Former Interior Minister Boshab visited in , but took little action to follow up.

The opposition, busy with the political dialogue in Kinshasa, has been mostly absent from the local scene.

A parliamentary question about the situation was tabled in December The provincial assembly has not yet visited the affected areas, citing a lack of resources. In late January, militia incursions in Kananga prompted Prime Minister Badibanga to abandon two attempts to visit the area. 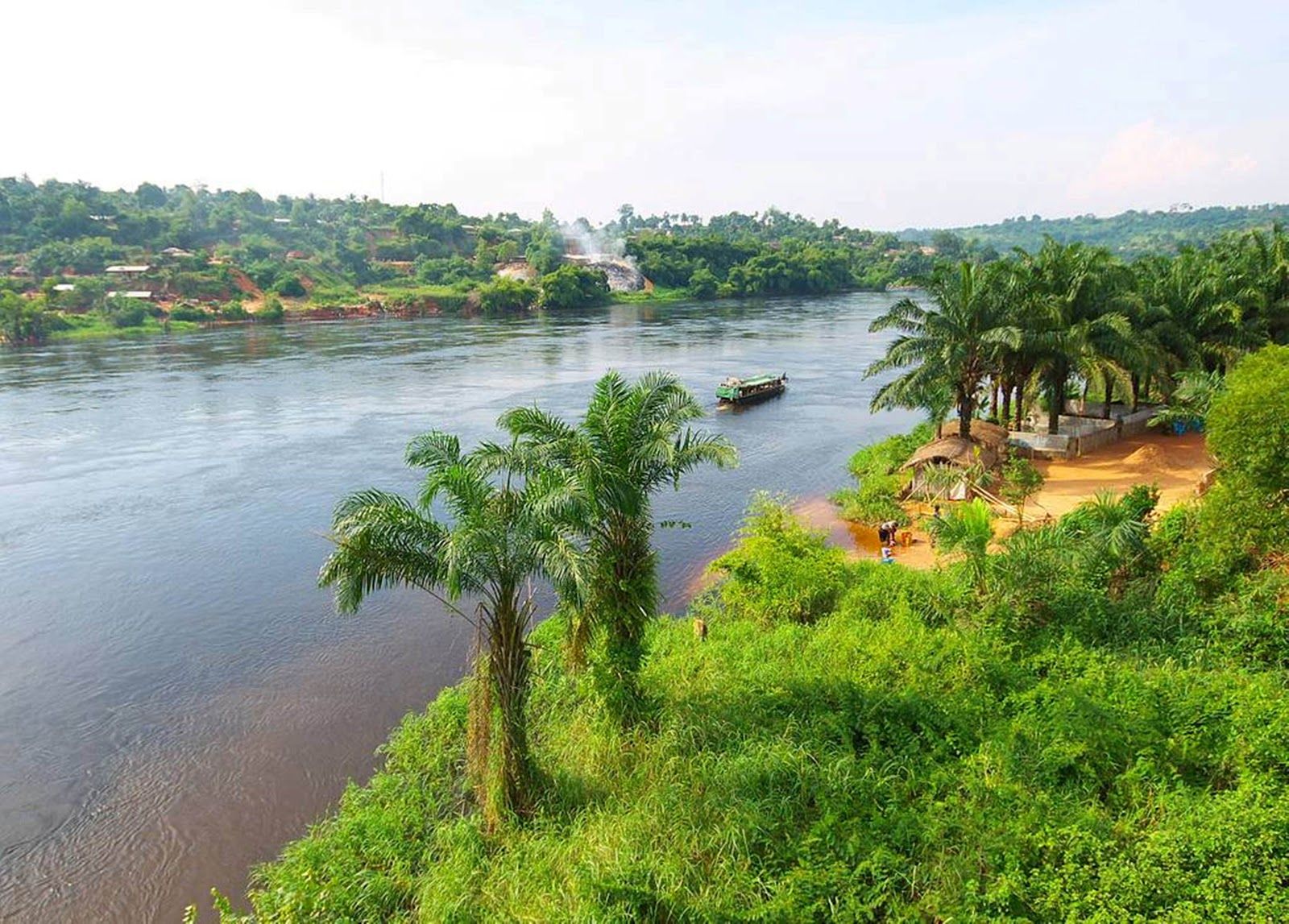 The government renewed its political efforts with the visit on 12 March of Interior Minister Emmanuel Ramazani Shadari , whose delegation included opposition members of parliament. On 16 March, the parliamentarians published welcome recommendations, including the appointment of a new provincial administration and measures to manage conflicts with the customary authorities. On 17 March, the government announced a less far-reaching compromise , including burial of the Kamuina Nsapu, measures on detainees and an agreement on the procedure to select a new chief.

However, this agreement is unlikely to solve the underlying issues, and even Shadari admitted that pockets of instability would persist.